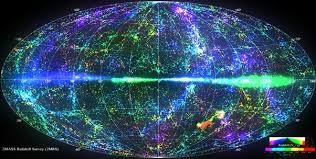 So according to leading scientists the universe is expanding……From Einsten to Fridman, Hubble to Hoyle we are introduced to the idea of the Universe coming into being because of the  big bang theory.  Part of the assumption is that the Universe is either expanding or shrinking, what will happen then?

That it will collapse called the Big Crunch.

How is that possible?

It is known that the majority of matter in the Universe is made of dark matter.

What we can see is a minor part of what we cannot see.  In simplistic terms, that which is dark, invisible matter.  If it is true that the Universe is expanding much faster than that which we original assumed, are we accelerating into singularity faster than anticipated?

What is driving technology to accelerate?  Why now?

If most of our body is water, what happens when there is a full moon, if oceans respond to it?

In the same way when we consider string theory and multi-verse, there may be more than one existence.  Then if there were different planes, does the expansion of the Universe possibly mean we could possibly either a. come to an end of our existence, b. intersect or engage with a different existence or c. come to the demise of it.

It cannot be helped when I read into this, that as we speed up progression, there is also something else that is washed away.  If visible matter is only 5% and dark matter is 68.3% and the remaining contained by stars, heavy elements, neutrinos, hydrogen and helium then does that also equate to what we know or at least what we know we can respond to?

When we look across the Universe and have ambitions of going to the Moon and Mars, and also other planets and realise we really are just a blue speck in the scheme of things, it makes me wonder do we even have the time in our life time to depart and arrive to a different planet, before and in time before the expansion reaches it’s limit i.e. before another potential ‘big bang’ or collapse.

Time, in the modern world as we know it, is constantly against it.  We don’t have time, so they say.  What if this is not about just our daily lives and activities, but rather seen from the view of ensuring human survival so that humanity exists?

If there are forces beyond our control, drawing the Universe to expand faster than anticipated, isn’t there a greater sense of urgency that we need to explore avenues and options to ensure our future survival?

Recent events like floods in Japan and China are attributed to climate change or man made disasters.  In the same line of thought, which people did not think climate change had any impact, the series of events are stacking against this theory.  As scientists are exploring Einstein’s theory and attempts to creating the unification of the Great Unification to understand the force of energy we may ask why are we doing this?

What force are we trying to explore?

How in discovering this will it change our life?

The search of the Standard model allows us to better understand the universal character of laws of nature and by doing so, try to understand the very existence of all known forces of nature.

This standard model allows us to move one step towards The Unified Field Theory which is the key to the future of Theory of Everything.

One could say that vibrations play a part in better understanding superstring theory, where such particles are like waves.  These vibrations provide for different interactions and impacts.

So what is the fate of the Universe?

Given that dark energy consumes most of the Universe, one could even say that the Universe is defined by it and as such we are living in a vacuum of enormous energy density of which there is very little that we know about.

Such expansion and repulsion could result in growth in billions of years with transformations resulting in galaxy clusters, galaxies, starts, plentary systems, chemical interactions, atoms, resulting in destruction and ultimately empty space.

This theory, alongside multiverse, paints a far more philosophical view than that of simply appreciating planet earth and the other main planets. 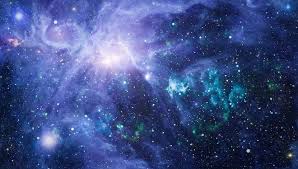 If the origins of the Universe occurred because of the big bang 13.7 billion years ago, our research to go back in time, as it is to understand the future is going to take a much longer time to better understand what the potential changes and experiences may occur.

The theory of multiverse assumes that there are interactions which allows for the existence of hidden dimensions – time space tunnels like worm holes  that allows us to travel to different universes, time and places.

It therefore makes me think that art, history, philosophy plays a significant role in exploring such possibilities.  We have seen in films and movies like Star Wars and Star Trek which has had such an overwhelming influence of what the image of the future of space and life is like in the near future.

The opportunity to allow our imaginations to travel, allows us to explore the Universe in a way that is creative and original.

‘The most incomprehensie fact about nature is that it is comprehensible.’

With that, I invite you to explore the Universe.