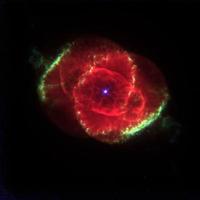 Adapting to her environment, the sources are moving out,

The relations she has been having are coming to an end;

The afternoon came around like Cinderella and the glass hour,

it was her last lunch.

The Chancellor decided it was time,

There were no empty seats in the gallery, and the spectators were watching;

As if she was an AI system that had served her purpose,

She is being watched and her watching them.

The streams of tears flow from her face,

It was all coming to an end, her life so short, so precious, so undefined;

They recorded her birth, her progress, successes, failures, birth and now her death,

Now they could even takeimages of it.

She was like a pebble, born half past before a congregation,

She followed where everyone and placed her presence as she was needed;

Now time was not on her side,

Now death was an impending bomb.

She needed them as much as they needed her,

It was not ceremonious as much as it was a past time;

They rise to the top and then flow beyond the edges of existence,

They wake up as young and naive as a new born star, and die without a trace, as an explosion a supernova surrounded by dust and lost particles.

They experience no pain, but have a sense of lost,

Till they form once again, a collision of dust and molecules,

This time it will be different.

This time she will have a name, a face, a history,

This time the Hubble will capture her existence, life and death.

She will be remembered,

She is the Universe.